STAY ALERT FOR THE INVISIBLE VICTIMS OF COVID-19 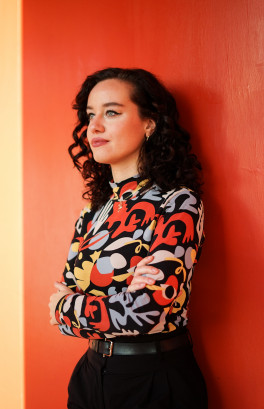 In a world that still treats people unequally on the basis of their gender or sexuality, a neutral approach to a health crisis does not work effectively. This is not a matter of ‘not now’, but a matter of ‘precisely now’ (if not now - when?). This pandemic shows us the risk of a lack of sensitivity to existing inequalities as this crisis affects women, sexual minorities (lesbian women, homosexual men, bisexual people), gender minorities (transgender people, intersex people) and young people disproportionately. They are the invisible victims who are not hurt only directly by the virus, but also indirectly through pre-existing vulnerability. They must be made visible by highlighting their specific issues - else, they will fall between the cracks. Therefore, five topics policy makers, civil society and activists need to stay alert for as this crisis has already and will continue to impact women’s rights and sexual and reproductive health and rights:

The (economic) vulnerability of women due to care duties

About 70% of all health care and social sector workers (midwives, nurses, community health workers) worldwide are women. In the Netherlands, a breakdown of so called ‘vital professions’ has also been made: here too, the vast majority of healthcare and social sector workers are women. This crisis thus means extra exposure to the virus and extra pressure on women. It is known that women worldwide take on most care tasks - within and outside the family. The so-called 'second shift', or a double burden on women consisting of paid work outside of the home and unpaid work within the household and child care, makes women carry an increased weight of tasks and roles to navigate. This results in increased strain, stress and more vulnerability to illness. In addition, salaries in care professions are often not high, and women are not paid for their household and childcare work, making them more prone to poverty than their male counterparts.

Another risk is the increased pressure of the Covid-19 crisis on health care, both in service provider capacity and in the provision of important commodities (abortion medication, contraceptives, medication for a sexually transmitted infection). Depending on the fragility of a health system, other care, such as obstetrics, abortion and the provision of contraception and menstrual supplies, is likely to become a lot more difficult. This affects girls and women disproportionately. A safe childbirth, the prevention and termination of an unwanted pregnancy are likely to become more difficult due to this crisis - thus compromising bodily autonomy. Moreover, girls and women are limited in their daily lives when they lack access to menstrual products. They can’t go about their daily activities when they have to worry about bleeding through their clothes.

Services and commodities for people living with HIV and AIDS are also at risk due to increasing pressure on health care systems. Transgender people, who may be dependent on surgeries and hormones for their well-being, may also see their health care suppressed.

Lack of sexual education due to school closures

Also consider the importance of comprehensive sexual education that may now be at stake due to school closures. Young people will not, even though physical distance is advised, stop having sex altogether. As a result, young people might lack essential information about how their bodies work, about the prevention of STIs and an unwanted pregnancy, and about their sexuality in a broader sense. Lack of information about how their bodies function can lead to an increase in teenage pregnancies, (unsafe) abortions and STIs and a rise in sexual violence, as learning about wishes and boundaries may be compromised.

Heightened violence against women and children

Most perpetrators of physical or sexual violence against women and children are people they know, for example a (former) partner or a family member. Worldwide, many women and children are now forced to stay at home, and are therefore more susceptible to violence by someone in their immediate surroundings. They cannot escape this violence as they normally would when leaving their homes for school, work or other appointments. Moreover, this crisis means extra (economic) anxiety for everyone, including perpetrators of violence, who are therefore likely to lash out towards others more.

Conservative leaders abusing the Covid-19 crisis for their own agenda

Even though women are overrepresented in the frontlines of this crisis as care workers, they are politically underrepresented. Women have less power in decision making around this outbreak. This disparity in decision making power in crisis time makes it easier for conservative leaders, who already weren’t supporters of SRHR and women’s rights, to push through conservative measures. For instance, in some states in America abortion is now framed as a non-emergency healthcare procedure to enable a ban on it. Luckily, pro-choice organizations were able to stop bans; abortion is in fact a time-sensitive, essential healthcare procedure - it cannot wait.

Besides actively pursuing conservative measures, it is also possible that political leaders do not take enough action to ensure modern ways of providing sexual and reproductive health, for instance by not providing telemedicine in regard to medical abortion. We also need to remain critical about important conferences and other diplomacy processes around SRHR and women’s rights not being organized in a very diluted manner, leading to less space for critical civil society and activists. States should eventually still be held responsible in the most comprehensive way possible. So let’s put these points on the agenda of politicians, civil servants and civil society together. Make sure these invisible victims become visible.

Want to read more from experts about the effects of Covid-19 on SRHR and women’s rights?