The Future is Female (and Sexually Active)

The Future is Female (and Sexually Active)

It’s time to talk about SRHR.

Brush off your protest signs… It’s International Women’s Day people! On this day, countries around the world are celebrating women and getting ready to attend the Women’s March held in various cities around the globe. The March started as a protest against an ever more conservative US administration, and has blossomed into a movement of celebrating women and protesting gender issues that simply should not still be occurring. But International Women’s Day precedes the March by more than a century…

What is International Women’s Day?

International Women’s Day is an annual celebration on March 8th, and officially began in 1911. The day is a celebration of the social, cultural and economic achievements of women, as well as the opportunity to mobilise support and raise awareness of the inequality that women still face around the world.

Sexual and Reproductive Health and Rights are a cause we at CHOICE champion, but it is a cause that is consistently attacked and held back. SRHR covers issues such as sexual education, practicing safe sex, access to safe abortion, healthy sexual relationships and many more. Essentially, sexual and reproductive health will only improve with the recognition and protection of sexual and reproductive rights. The first time SRHR was promoted in an international body was in Cairo at the International Conference on Population and Development (ICPD) of 1994. This conference marked 180 countries working together to develop a human rights framework targeting the development of sexual and reproductive health and rights for women and girls worldwide.

There are still too many cases of SRHR being violated around the world. For example in Sub-Saharan Africa, 25% of women and girls have experience Female Genital Mutilation (FGM). In the UK it was reported that 44% of women had experienced some form of physical and/or sexual violence from partners since the age of 15. Countries have to do more to step up and fight for the sexual and reproductive rights of their women and girls. 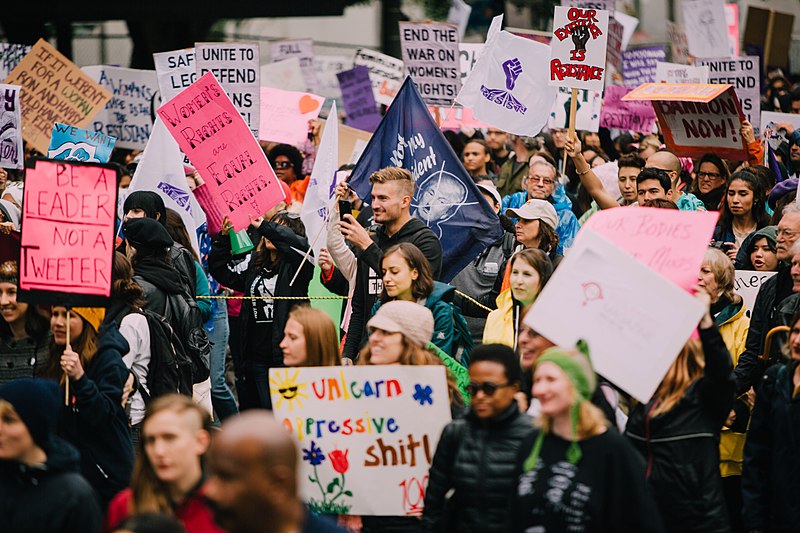 Why is the Women’s March so Important for CHOICE?

Sex, relationships and sexuality play a significant role in physical and mental health, and adolescence is commonly a time of learning and exploration. Involving young people in SRHR allows them to make their own decisions about their sexual and reproductive health. We, as a youth-led organisation, understand the importance of engaging with youth and passing them the microphone so that they can voice their opinions on their bodies. The Women’s March is likely the biggest congregation of young people mobilising on women’s issues in Amsterdam, and CHOICE wants to be there to spread awareness, share information on SRHR, and support the fight for rights as much as we can!

CHOICE remains positive about the direction of progress for SRHR around the world. Engaging with International Women’s Day and the Women’s March 2019 is a way for us to continue our support of young women, to show international bullies that we will not stand down, and to say to these women, “we hear you, we are with you”. CHOICE chooses to advocate for young women who do not have the platform that we do, but we hope that by standing with you at the Women’s March, we can share your stories, and fight to get you heard.

We believe that planning for the future means looking to young people who will lead us there. See you at the March!

[The 2019 Amsterdam Women’s March will be held on Saturday 9th March. Click here to know more about how you can join CHOICE at the march!]

EDIT: Our readers pointed out to us that the language in this article was exclusionary, and that was not our intention. We as a youth-led organisation are a learning organisation, and we are grateful to have the chance to learn from and amend our mistakes. By saying ‘The Future is Female and Sexually Active’ we do not advocate for a future that is non-inclusive but rather hope for one that celebrates sexually active womxn too. We stand by and support all womxn, non-binary and binary people.

Keeping that in mind, the reference to pussy hats has been taken out due to the exclusionary white-centrist notion behind the hats. This is because not all women have vaginas and not all vaginas are pink.

For more information, check out the following links!

Read our joint statement on youth, SRHR and COVID-19 at the 47th session of the Human Rights Council in July.